Can one buy land in Uttarakhand? What are the restrictions? Certain amendments had been made to the land laws of the State, but what are they? If these are the questions, the answers of which you are seeking, then read on…

For long we have been receiving queries surrounding land laws of Uttarakhand. So we decided to meet a couple of people who are in the real estate segment to get a clearer picture. Here’s what we found: 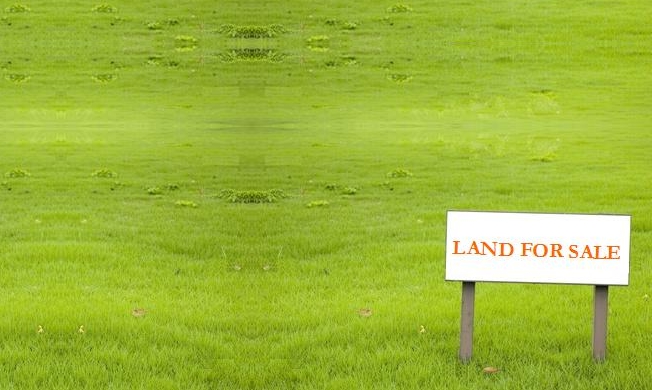 For non-Uttarakhand residents wanting to buy residential properties in the state one is allowed to buy land up to 300 square yards (2,700 square feet). There are no restrictions in buying an apartment (flat). If you form a group housing society you can buy residential land above this limit too. However local authorities do give permission to individuals to buy bigger plots on case to case basis.

The main confusion on buying land is predominantly around buying agricultural land in the state.

EARLIER LAWS: Uttarakhand in 2007 had lowered the ceiling of agricultural land holding in the state for ‘outsiders’.  The law states that “non-tenure holders can now only buy up to 250 square metres (2,690 sq. ft) of land as against the earlier limit of 500 square metres (5,381 sq. ft). The laws were been drafted to keep in check the ecology of the state.

The amended law states that non-tenure holders can now buy up to 250 sq. m of agricultural land for residential purposes; this law also applies to extended families. No individual can now purchase more than 250 square metres of land in the name of his dependents, parents, spouse or unmarried daughter. If the land is being bought for commercial purposes, permission needs to be taken from the state government. In case the land is being bought for agricultural and horticultural use, permission has to be sought from the DM.

However there are no restrictions in buying apartment units in the state.

In September 2003, the Uttarakhand government promulgated an ordinance to regulate the sale of agricultural land: only those registered as farmers in the revenue records could buy agricultural land; others had to route their application through the district magistrate (DM) and the divisional commissioner. The ordinance also banned the sale of land on the basis of a power of attorney.

However, the provisions of this ordinance were amended in 2004, and the sale of land was thrown open to everyone, up to a limit of 500 square metres for residential purposes. The then government of B.C. Khanduri in 2007 approved the amendment draft in the Land Reforms Act, 2003 and the new law came into effect on 10 May, 2007.

THE LATEST VERDICT OF UTTARAKHAND HIGH COURT IN 2011:

The Uttarakhand High Court on September 22, 2011 struck down the much-contentious land reforms in the state under which outsiders were prohibited to buy more than 250 square meters of agriculture land.

A division bench of Chief Justice Barin Ghosh and Justice U C Dhyani said all the citizens of the country would now be able to purchase up to 12.5 acres of agriculture land in the state under the Land Ceiling Act.

Following this judgment any person who is a citizen of India can purchase 12.5 acres of agricultural land in Uttarakhand which is also the permissible limit under the Land Ceilings Act.

Earlier the existing land laws were discriminatory against the residents of Uttarakhand as any person who was not possessing any agriculture land before the Act came into being in 2003 was not eligible to buy more than 250 square meters of land.

Holiday Homes in Haridwar Greens – luxury in the gateway to Gods

We had first reviewed this development when its second phase was launched in late 2011. This township project, the Haridwar Greens, is being developed by Arrow Infra Ltd, a Hero Group Company and they have tied up with Investors Clinic to market the project. Hero Group is well known as India’s foremost corporate group and as the manufacturers of the […]

Bhowali near Nainital despite not being a perfect location for a holiday home has seen a flurry of holiday home constructions by some good developers over the years. Perched at an altitude of 1750 meters, what makes Bhowali a premium holiday home destination is its strategic location – very close to the tourist destinations of Nainital, Bhimtal, Ranikhet, Ramgarh, etc. […]

The adjoining areas of Nainital like Bhowali, Sataal, Bhimtal, Ramgarh, Mukteshwar, etc. have been witnessing the launch of several projects by developers – both small and big. This is owing to the fact that while Nainital is close by, these locations are well connected by both road and rail. And add to it the scenic beauty that one can still […]

Krishna Infracon, a known name in the residential property circuit, last year launched low rise apartment and villas named Krishna Nakshatra Homes near Gurukul Kangadi University in Haridwar, a prime location in the city. To be completed in stages with the entire development scheduled to be completed in another two years. Approved by the Haridwar Development Authority (HAD) is also […]

With Nainital getting more and more crowded and travelers looking for relatively quieter locales around it, Mukteshwar which is about 54 kilometers from Nainital has over the years gained popularity, not only as a tourist destination, but also as a prime location for vacation home buyers. Just a 50-minute drive on the Bhowali road, Mukteshwar today is witness to dozen […]

The twin cities of Haridwar and Rishikesh have always been in the radar of holiday home buyers in the northern part of India. Both the cities are part of the Hindu pilgrimage route and see a huge floating population every month. Situated on the banks of the river Ganges, both the cities provide an unhindered view of the greenery that […]