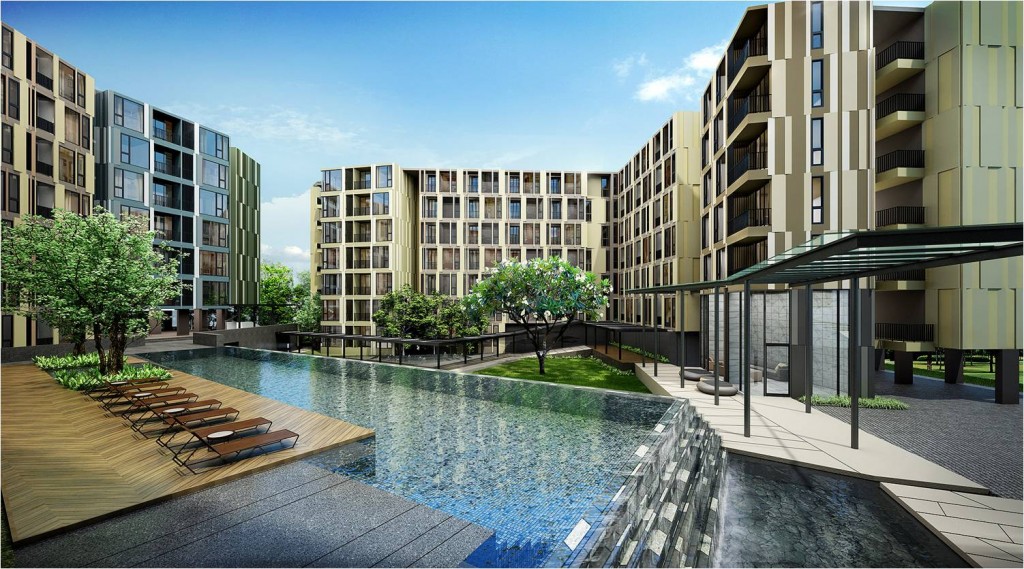 Looking to target the mid-upper condominium market with the Base brand, and after the recent sell-out success of their ‘Base Downtown’ condominium project in central Phuket, Sansiri in late 2012 unveiled their new ‘The Base Uptown’ an urban lifestyle condominium project which will feature a total of 387 units in three buildings, each with seven floors. The one billion baht project is scheduled to be completed within two years after that and once completed will have facilities including a swimming pool and kid’s pool, exercise room, garden and recreation area and wireless internet, which will be available in the lobby and by the swimming pool. About the developer:
Sansiri’s had launched its Base brand, targeting mostly the mid-income tier, in three prime markets of Thailand – Phuket, Bangkok and Khon Kaen. Its first Phuket project, ‘The Base Downtown’ launched early in 2012 sold out within a week. Last year the company had earmarked THB 24 billion to launch 44 projects worth THB 46 billion and to buy land for more projects this year. Of the total capital-expenditure budget, THB 6 billion was to be spent on acquiring undeveloped land and THB 18 billion on construction of the 44 projects.

The firm’s inaugural Phuket project in Kathu, the 556-unit ‘dCondo’ development instantly sold out in October 2011 and the 653 units in its second Kathu dCondo offering launched in January 2012 also sold out with unprecedented speed.

Contact:
For more information on the development you can contact Sansiri’s sales team at +66(0)22013999 or email them at info@sansiri.com. You can also visit their website, www.sansiri.com/en/main/ for more details on the project.