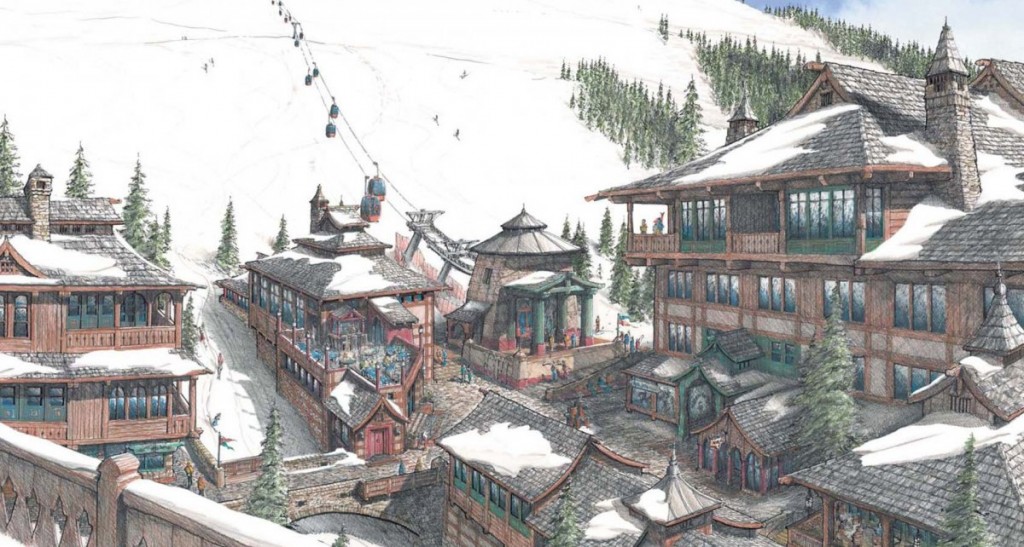 Their website is not functional, call up their office and no one picks the phone, a different office is now running from their office in Delhi and the promoters are either not reachable or they decline to comment. That’s the story of the $350-million (Rs 5,000-crore) Himalayan Ski Village project pioneered by Alfred Ford, the great grandson of the legendary Henry Ford in Manali in India’s Himachal Pradesh.

In the seven years since the project was approved, it has encountered seemingly endless setbacks. There were allegations that this 115-acre project would take over the entire Kullu-Manali valley and take away the livelihoods of the local population. Many others alleged that the developers of the project had underpaid landowners when acquiring for their property. Two political parties changed hands in ruling the state, but the Himalayan Ski Village project sadly failed to see the light of day.

In our two-article series we try to find out what went wrong with the project that was once seen a one-of-its-kind ski resort to be build in the country on FDI.

WHAT IS THIS HIMALAYAN SKI VILLAGE PROJECT ANYWAY:

Had the project been completed, it would have had a giant hotel complex with over 700 rooms, skiing tracks adding up to 14 kilometers and a host of other amenities with a capacity to host up to 4,500 visitors at one time. Earmarked to be spread over 115 acres the ski village would have also featured gondola rides, shopping plazas, a modern ropeway, a 20,000 square feet convention hall, spas and an auditorium. To be located at 14,000 feet above sea level, the project was aimed to draw not only domestic tourists, but also travelers from the West and West Asia as well.

THE STORY SO FAR:

SO WHAT DOES THIS LATEST DEVELOPMENT MEAN TO THE FUTURE OF THE PROJECT:

What struck me most as a display of nonchalance was what Chief Secretary S Roy had (as-a-matter-of-fact attitude) to say after the latest development: “We are withdrawing the case. The company will have to apply afresh for clearance. If it fulfills all requirements, the government will have no objections…the ball is now in the court of the promoters and they have to decide whether to go ahead with the project or not.”

For the promoters who had waited for seven years knocking every door to end the stalemate and are now back to square one, does it make any business sense to start the process afresh? Does anyone actually wait for so long? When India is desperately looking at foreign investments, the question that arises here is: ‘Is India actually a good place to do business with?’

To put it in the words of John Robert Sims, the American hotel developer and MD of the Himalayan Ski Village project, “My fundamental complaint is only this: Why did you invite us…Why did you take our deposit? Why did you encourage us to spend money and then make a 180-degree turn?”

Meanwhile the project seemed to have met its untimely death and revival of it seems unlikely. Even the Himachal Pradesh government knows this. Then why the change of heart suddenly?

Cabinet minister GS Bali’s statement seems to be the last nail in the coffin when he very recently said, “…the company that had initially floated the proposal has dismembered and no one had approached the government for setting up the stalled project.”

But the blame game continued! Since no one wants to take the responsibility of having killed the project, the minister put the blame on the Bharatiya Janata Party (BJP) saying: “After having killed the project by deterring potential investors, BJP was unnecessarily making a hue and cry about the Ski Village project as the company that wanted to set up the high-end tourism project does not exist anymore. This should put an end to all speculations about revival of Himalayan Ski Village project. No potential investor is going to wait for such a long time and that too after facing so much litigation and suffering so many losses.”

If that is the situation then is it true that doing business in India is a real challenge. Is it true that India is not a good country to do business in. The way Sims puts India’s business environment – “People who do love India or who could easily love India would be very happy to contribute their talents and money…. (But) it’s the robber baron era and only those strong Indian businessmen who know how to play the game can succeed…” – I think there is a lot of truth in his statement.

In our second and last article of this series we will see what had led to the demise of the Himalayan Ski Village and would try to find out whether the apprehensions of those who opposed the project were actually justified and correct.

In Conversation with Anthony McDonald of X2 Group of Companies, Thailand

Himalayan Ski Village’s Current Status – Whose Fault was it Anyway?

Himalayan Ski Village’s Current Status – Whose Fault was it Anyway?