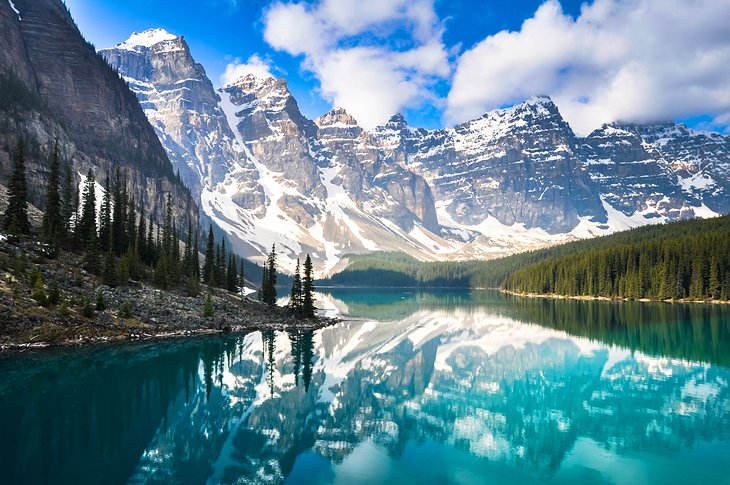 Recent changes to Saskatchewan’s list of in-demand occupations are a good reminder of the fact Canada’s provincial nominee programs are constantly evolving.

PNPs have been playing an increasingly vital role in Canada’s immigration strategy in recent years and this trend is set to continue under the federal government’s latest multi-year immigration levels plan.

This article looks at four key PNP developments that have taken place this year:

Express Entry candidates with an enhanced provincial nomination receive an additional 600 points toward their Express Entry ranking score and are effectively fast-tracked for an invitation to apply for Canadian permanent residence.

Base nominations are granted outside the Express Entry system and can also be used to apply for permanent residence.

Both sub-categories require candidates to have eligible work experience in an occupation on the list, among other eligibility requirements.

A job offer in the occupation is not required in order to be eligible.

The update saw the list of in-demand occupations grow from 20 to 24, with the addition of 13 new occupations and the removal of nine.

The revised list will apply to Saskatchewan’s upcoming Expression of Interest (EOI) draws through both its Express Entry and Occupation In-Demand sub-categories, which are typically conducted by the SINP at least once a month.

Saskatchewan has issued a total of 817 invitations over the course of five draws through these streams so far in 2019.

Ontario revealed in March that it will be able to nominate a record 6,900 economic immigration candidates for Canadian permanent residence in 2019.

Ontario is Canada’s most populous province and is the destination of choice for the majority of immigrants to Canada each year.

The province’s 2019 allocation is an increase of 300 over the year before and consists of a principal allocation of 6,650 nominations plus an additional 250 spaces for intermediate-skilled temporary foreign workers (TFWs) under a new initiative by Immigration, Refugees and Citizenship Canada (IRCC).

The nominations will be issued through the Ontario Immigrant Nominee Program (OINP)’s various immigration pathways, which include three Express Entry-aligned enhanced nomination streams.

A job offer is not required in order to be eligible for these streams.

All three Express Entry-linked streams have been active in 2019 and the Human Capital Priorities Stream alone has issued 1,493 invitations to apply for a provincial nomination so far.

Ontario’s popular base nomination Masters Graduate Stream has also been active, opening on March 5  to 1,000 new registrations from individuals with a master’s degree obtained at an eligible university in Ontario.

The opening was cut short by a technical problem, however, and only 333 were submitted successfully before the intake system crashed.

The OINP said it will reopen the Masters Graduate Stream as soon as possible.

Another key development in the first quarter of 2019 was the use of Nova Scotia’s Express Entry-linked Labour Market Priorities Stream to invite Express Entry candidates with work experience as financial auditors or accountants.

Those selected in the January 24 draw submitted their Express Entry profiles on or after July 1, 2018, and had an Express Entry ranking score between 400 and 450, among other criteria.

Introduced in August 2018, the enhanced Labour Market Priorities Stream allows the Nova Scotia Nominee Program (NSNP) to search the Express Entry pool for candidates with work experience in occupations that are experiencing labour shortages in the province.

Draws conducted so far through Labour Market Priorities Stream have not required candidates to have a job offer from a Nova Scotia employer.

Prior to the January 24 draw for financial auditors and accountants, the NSNP had used the stream to search for and invite Express Entry candidates with work experience as early childhood educators or assistants.

The last element of the MPNP’s renewal program — the introduction of its renewed Skilled Worker Overseas: Human Capital Pathway criteria — was scheduled for February but has yet to go into effect.

The Human Capital Pathway is for international skilled worker applicants with work experience in a position that’s listed as in-demand by the MPNP, among other criteria.

In the meantime, the MPNP has continued to issue invitations under its existing criteria for the Skilled Workers Overseas Stream.

“Whether you’re an Express Entry candidate looking to improve your ranking score or someone seeking a nomination through a base stream, it’s always a good idea to keep up to speed with Canada’s changing PNP landscape.”

If you would like more information about the various Canadian immigration routes available to investors and entrepreneurs, please get in touch with us using the form below.