by Roshan D'Silva
in Project Reviews
0 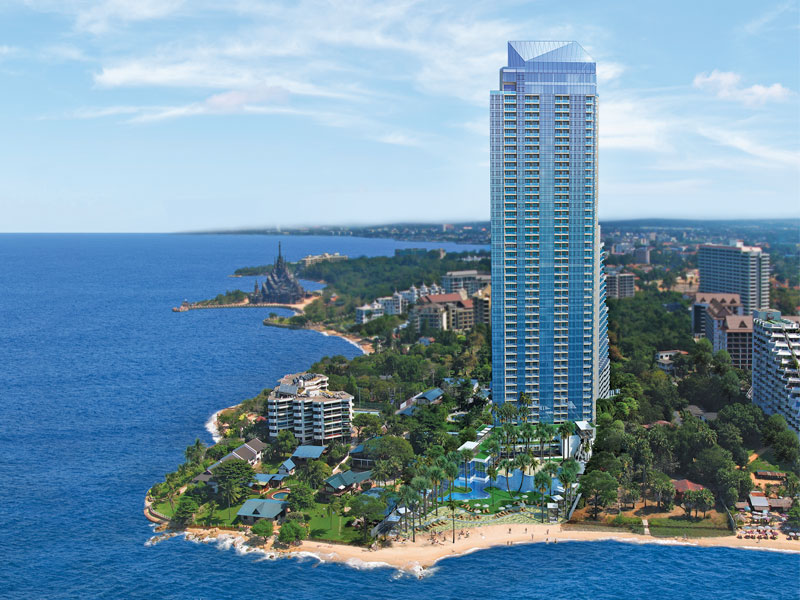 Established in 1994, The Nova Group is one of Pattaya’s most successful and fastest growing property development companies with a track record of high-profile residential developments including Nova Park (2004), Avenue Residence (2009) and Nova Ocean View (2010). The Group has also launched a number of new residential development projects in Pattaya including The Cliff, Amari Residences Pattaya, Serenity Wongamat and Novana Residence. All of these projects are planned for completion between 2012 and 2015. 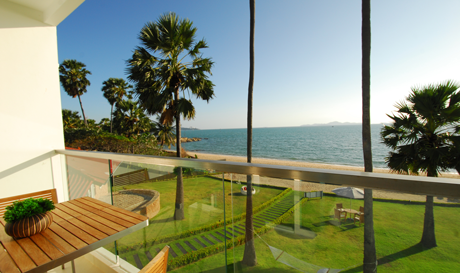 Also in the construction stage is another high rise project located in a beautiful part of North Pattaya called Wong Amat is The Palm condominium project to be completed in 2015.

The architectural firm behind The Palm is the award winning Interkon Akitek Co., Ltd., a company that has also designed The Peak Towers.

Originally The Palm was a project that Winston Gale and his UK business partner Simon Swain put together in 2008. In 2010 they invited Nova Group as a partner and later was wholly taken over by Nova Group although Winston Gale is still on board as a developer of The Palm. 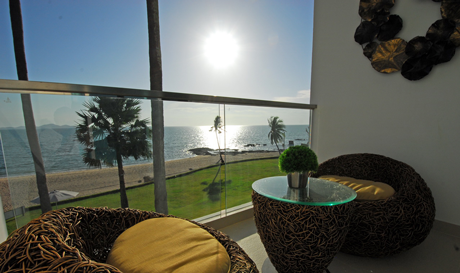 While Cornerstone was appointed project managers the Lock-BUILD Group was awarded the 1.3 Billion Baht construction contract. This Bangkok-based company is known for its association with the Amari Residences on Pratumnak Hill and Wong Amat Tower by Heights Holdings.

The Palm comprises two towers, 26 and 45 stories respectively with a total of 544 units. Each unit of the development will give its residents the most spectacular sea views. There will be a large infinity edge swimming pool, a children’s pool, a sundeck, water features, a kids’ club, fitness and games rooms, floating pavilions and large open areas. 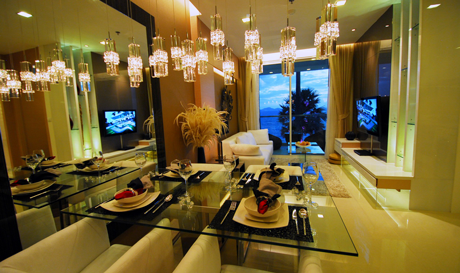 Location:
The Palm condominium is situated in a beautiful part of North Pattaya called Wong Amat, an area that has always been very popular with Thais and is considered one of the better areas of Pattaya. 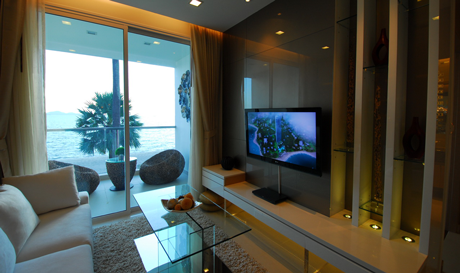 Contact:
For more information one can contact their sales team at 038-225503 038-225929, 080-6390101 or email them at sales@thepalmpattaya.com. Invariably, you can also visit their website, www.thepalmpattaya.com for the latest status on availability of condos for sale.

This article was last updated on 23 October 2020