What happens when an American overstays their visa in Thailand?

by Greg Miller
in Living Your Dream Series
0 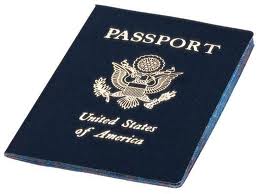 Overstaying your visa is not something a visitor to Thailand should do, but it can be corrected, usually with no great difficulty, but it may cost some money.  Here is the straight scoop if one finds themselves in this situation.

In Thailand, I live in this kingdom on a “Retirement Visa” which is renewed every year and requires me to check in to Thai immigration every three months to let ‘em know I am still alive and kicking.  There are some qualifiers to the Retirement Visa that not all can satisfy, so there is a lot of people looking for an alternative to this.

If one were to come to Thailand and enroll in a school to learn the local language, it is possible to get an “Educational visa” which allows a stay from 1 year to 15 months.  There are many Thai language schools in the bigger cities of Thailand, including Chiang Mai. Usually, they handle it all for you after you sign up for the school.  They all promote this in their advertising.  Some schools require rigorous studying, and others, quite honestly, do not.

If you are able to secure a legit job in Thailand — like teaching English as a second language in a school — you usually can get a work permit, and then get a business visa that allows you to stay in Thailand as long as you are working (needs to be renewed every 90 days).  Just be aware that the employer has to pay money to get you that work permit, so there are some that will promise and not deliver.

For those that don’t qualify for a business visa or an educational visa or a retirement visa, there is the old standby of a tourist visa.  Anybody coming to Thailand with a current US passport (make sure it does not expire within 6 months), and is not on some criminal list, can get an automatic 30 day stay here.  Then, you can get an additional 15 days by crossing one of the nearby borders and getting another stamp in the passport.  You can get a visa for a longer period if you go to the Thai embassy or consulate I the US before you come here and apply for it and pay the fees, of course. 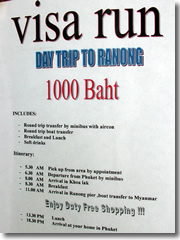 Once inside Thailand, unless you are involved in some nefarious enterprise, you are not likely to ever be required to show your visa status to anyone unless you go to Thai immigration and want to change status.  There is no “ICE” (Immigration and Customs Enforcement police) like in the US going around checking foreigners for their “papers”.  You often show your passport, for domestic flights for instance or for hotel check in, but they are not looking at your visa status.  This has led some Americans and other foreigners to simply come in for a 30 stay, and then just “overstay”.  In order to do this, one must not be paranoid about the consequences, but it is important to get the “straight scoop” of what the punishment or penalty will be.

For sure, if you take this route, you are taking a chance of having some problems.  The chances are slim, but they are real and it does happen.

If by chance you get picked up by the police for something you can have some trouble (but if you are not involved in criminal activity, this is not likely for most people — stay away for Ganja — “pot”, or even suspicious behavior that may infer drug use).  You can be jailed and deported until you can show a ticket back to your home country.  If you are prepared (financially), that is not such a difficult task, but the key is to keep a low profile by not getting involved in activity that will involve police scrutiny.  The chances of getting picked up by the police for overstay is remote, but it is a real possibility that you should be aware of.  If you ended up in an Alien Detention Center, it is extremely uncomfortable, and there have been a few cases with Westerners that get picked up that have made the newspapers.  Traffic police are not going to be checking your visa status for an infraction as long as you have an International Driving License or a Thai license (and usually pay the required “fine” on the spot to the police officer).

For an overstay, you can take care of it at the international airport when you finally decide to go and do it fairly easily.  The big international airport in Bangkok has a special area for people to pay the fines for overstay.  If you overstay for one day, there is no charge (your grace period).  After that, it is 500฿ per day (USD $16).  Two days overstay will be a fine of 1000฿ and three days will be 1500฿, etc.  It takes about 3 minutes at the airport to clear it up, and you will not be jailed for anything by voluntarily paying the fine.   There won’t be any hassles.  The maximum fine for an overstay in Thailand is 20,000฿ (USD $666).

If you overstay your visa by several years, there is a stronger possibility of trouble.  Many still get away with it, pay the 20,000฿ fine and have no problems.  There are reported cases, however, where Thai immigration has interpreted the overstay for years as deliberate fraud requiring a court case and possible prison time.  In Thailand, that is a very bad thing to have happen to you.

When a US passport has expired and the owner surrenders to the Immigration Office, the owner will be fined 200 baht per day from the date of passport expiration up to the day of surrendering. By surrendering, the owner of the passport will only have to pay a fine up to the maximum of 20,000฿ and have no further hassles.

But having an expired US passport can actually become more serious than an overstay of a visa because the passport is checked more often for ID (like with a domestic flight), and you can be arrested immediately by a policeman and taken quickly to court where you must pay the fine and have a ticket to leave the country, plus enough money to transport you to the international airport.  So don’t travel in Thailand with an expired passport, or even one that will expire within 6 months.

There are Thai immigration attorneys that can help make things a bit smoother, but even they cannot get action done when the offices and courts are closed for the weekend.

So an overstay or a passport expiring is not for the faint of heart or for anyone that tends to get stressed out with some rational paranoia (that would include me), but there are those vagabonds that are able to go through life without worry no matter what could possibly happen, and the odds are they won’t have a serious problem with the overstay except for paying the necessary fines when they leave.

With a stamp in your passport that you overstayed in Thailand, in almost all cases you will not have a problem coming back to the country later.  Unless you are interpreted as a serious criminal, you won’t be put on a do-not-enter list for the future.

How Much Money Do You Really Need to Live Comfortably in Chiang Mai?

Moving to Land of Smiles: How You can Earn a Living in Thailand

Moving to Land of Smiles: How You can Earn a Living in Thailand