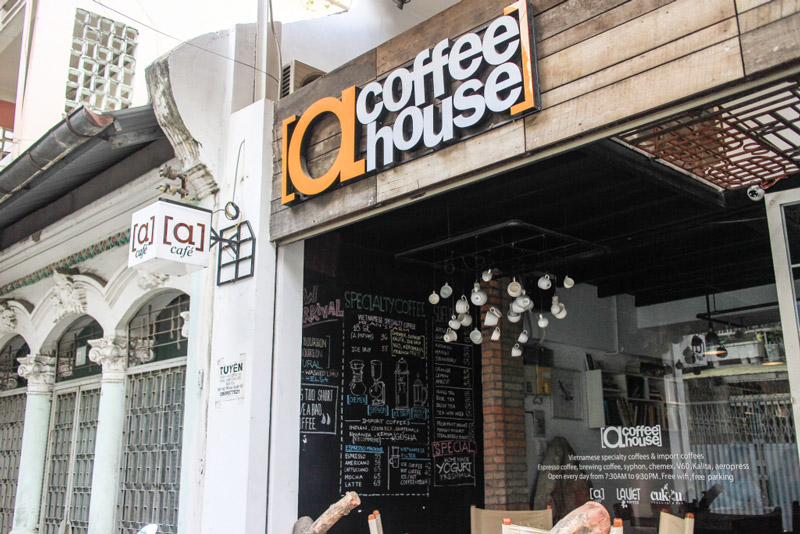 Vietnam has been a popular destination for expats for many years, with its tropical climate and welcoming culture, but what is it really like to live there? We spoke to Kevin Miller, an American who first visited Vietnam 9 year ago to do some volunteer work and never left. He lives in District 1 of Ho Chi Minh City and works as a consultant and teacher.

You have lived in Vietnam for almost a decade, what changes have you seen in that time?
When I first came to the country there were more bikes than cars and it was really relaxed. The skyline was still quite traditional. There has been a lot more capital influence since then with high rise buildings going up and the pace of life has become faster. Whilst the skyline is changing, the city doesn’t seem to be modernising, people now seem to be more focussed on making quick money rather than building for the future.

Inflation is also becoming an issue here, with prices increasing rapidly.  I used to spend $160 a month for serviced room but now pay more than double that. It is actually now cheaper for me to rent a room in Seattle, but then again other aspects of my life are still relatively inexpensive here, such as food.  Despite inflation, it is still possible to live a very comfortable life here.

So tell us about what life in Vietnam is really like?
The expat life here is great. I don’t have to work a full-time job but am able to consult and teach, and then have a lot of time to do what I would like. On an average day I get up and go to the gym, have some meetings or teach, maybe watch a movie and go out for dinner with friends. I am also able to have most of my household chores done for me, so it frees up a lot of my time.

The food scene here is also great I eat out a lot and there are many non-Vietnamese restaurants. One of my favorites is a great Indian place called Baba’s Kitchen, you can really see the influence of Indian migrants here which is great.

The biggest downfall for me is that weight gain can be an issue.  Because you eat out a lot more, and the weather makes it difficult to walk outside a lot, there is a tendency for expats to put on weight here.  The iced coffees are also refreshing and addictive which doesn’t help the waistline.

What are the things that have made you stay in Vietnam?
For me, it has to be the culture of the Vietnamese people. They are just so open and friendly, it has been really easy to connect with them even without a fluent grasp of the language. About 90% of my friends are local Vietnamese, I have found making friends here really easy.  Most people speak English to some degree, even in the smallest villages which certainly helps settling into the country for me. However it makes it harder for me to learn Vietnamese because there is less need for it.

I also love the bikes here. A motorbike really gives me a sense of freedom, you can see and so what you want when you want. And of course there is also the food and the weather, which goes without saying.

There must be something you don’t you enjoy about living in Vietnam.
There are a couple of things. I find the pollution really hard to deal with for example.

I also struggle a bit with the colonised mentality. There is a great book by Albert Memmi that talks about this concept of “colonised mentality” that tends to happen in countries where people have been colonised by the west and are afraid to speak their mind.  As a result people are almost taught not to question anything, or speak directly.  This can make communication challenging.  A student of mine called it the “hidden culture” of Vietnam. They taught me a lot about this culture, and how it manifests itself, which has made it easier for me to understand my Vietnamese friends and even my mother (who is Japanese).

So do you miss anything from home?
You know, I can’t really think of much that I miss from the States.  I used to go flying a lot and I guess I miss that. It would also be nice to have a fully equipped gym like the ones we get there, but that is starting to happen here which is great.

I actually find the thought of returning the US more challenging as I can now see the impact that my country has had. It also seems like a more controlling environment there, big brother is everywhere. Vietnam feels much freer than the US to me, which is funny when you consider that it is a socialist country.

If someone wanted to set up a business here, I would advise them to wait a couple of years and just live here first, make some friends that you trust.  They can then bounce ideas off them and learn more about the culture before jumping in.  Patience is very important in business in Vietnam.

Interestingly, the Indian community in Vietnam seems to be doing quite well here in business, perhaps they share a similar culture in doing business.

I see you worked in securities investment, have you ever looked at the property market in Vietnam from an investment perspective?
The property market in Vietnam is generally over-priced at the moment.  The bubble is yet to burst, but it has to happen sometime. People seem to only be interested in short-term gain, rather than long-term appreciation unfortunately so prices and rents are inflated, even though there is a high amount of supply in the market.  Negotiating is challenging, with many just waiting it out until they get the price they want.

What advice would you give someone thinking of moving to Vietnam?
Travel first and really get to know the country well.  I would also suggest traveling in nearby countries, like Laos, Cambodia and Thailand, so that you can understand the difference between them and then make your choice.  Vietnam is a great country but it isn’t always easy to live in.

If people are looking to work here they would need to decide between Hanoi and Saigon, as they are the main economic centres. To retire in Vietnam, somewhere like Nha Trang is perfect, it is relaxed and less concerned with money.

When you want to get away from it all, where do you head to?
I am a real city person, but there are some great weekend breaks from Saigon that many of the locals go to. Vung Tau and Phan Tiet are some great beaches that are only a few hours away. Another beautiful area is Da Lat, which is a mountain region that is popular with the locals. My personal preference is to hang out at the mekong Delta in a hammock by a rice field, or to take the bus and go to Phnom Penh which is only a few hours away.

If I was to move out of Saigon, I would probably head to somewhere like the Tan Phu District. It is an outer district, somewhere where you can buy coconut from the same shop and take it easy.  It reminds me a lot of what Saigon was like when I first moved here.