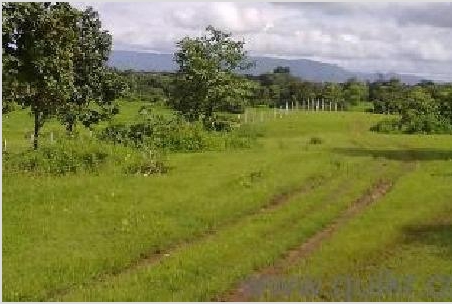 In a big policy move, the Karnataka State Cabinet on Thursday decided to amend the Karnataka Land Reforms Act that will allow anyone to own agricultural land. This is of great importance as Karnataka houses Bangalore – the Silicon Valley of India which has seen significant migration of highly paid knowledge workers from various parts of the country – many of whom might have an emotional bond with agriculture owing to coming from an agricultural or rural background. Due to these restrictions there were significant risks in investing in agricultural properties to anyone who did not have an agricultural status or else was earning above a certain threshold – something that most knowledge workers or businessmen would be above-  and thus making it extremely risky for them to directly purchase such assets.

The Cabinet has decided to repeal Sections 79 (a), (b), (c) and 80 from the Land Reforms Act, Law Minister JC Madhuswamy said, briefing reporters. “There are many techies, for instance, who have earned well and are keen on investing in agriculture. On one hand, owing to the existing restrictions, many of those interested are unable to buy land. On the other hand, even agriculturists are unable to get the right price for their land. Repealing these sections will ensure a good price for the land. It will also make the documentation process simpler,” Madhuswamy explained.

The government will not promulgate an ordinance for this. An amendment Bill will be introduced in the next session of the legislature, he said. The existing provisions worked against the interests of the public, Revenue Minister R Ashoka said. “These restrictions have only enabled people to harass buyers, ending up in litigation. In the last 45 years, about 83,171 cases have been registered for violation of provisions under Sections 79 (a) and (b). About 12,231 cases are still pending in court. Moreover, even in cases where the verdict was in favor of the government, we’ve not been able to recover more than 1% of the land,” he said. In addition, deputy commissioners can enable the transfer of land to non-agriculturists based on certain specifications. This paved way for misuse and fraud, the government said. Now, even this provision will be repealed. “Anyone can buy land in Telangana. We want to create the same atmosphere here. This will also help investments,” Madhuswamy said, adding that many Indian states had done away with such provisions.

He further pointed out that ever since Section 109 was inserted into the Act – it deals with investors or industries purchasing agricultural land directly from farmers – the other provisions had become ineffective anyway. The Cabinet decided to amend Section 63 of the Act, to increase the ceiling on land holding from 10 units to 20 units for an individual without family or a family up to four people; and from 20 units to 40 units for large families above five people. One unit is 5.4 acres.

seems to be a positive move that will allow a larger number of people to invest in agricultural assets in close proximity to their place of primary work and residence – Bangalore. We expect many professionals to take advantage of this and turn into gentleman farmers by buying Karnataka agricultural land.

Why & How China Single-Handedly Dropped the Price of Bitcoin

Buying a plot in Uttarakhand – latest rules – May 2019 updates