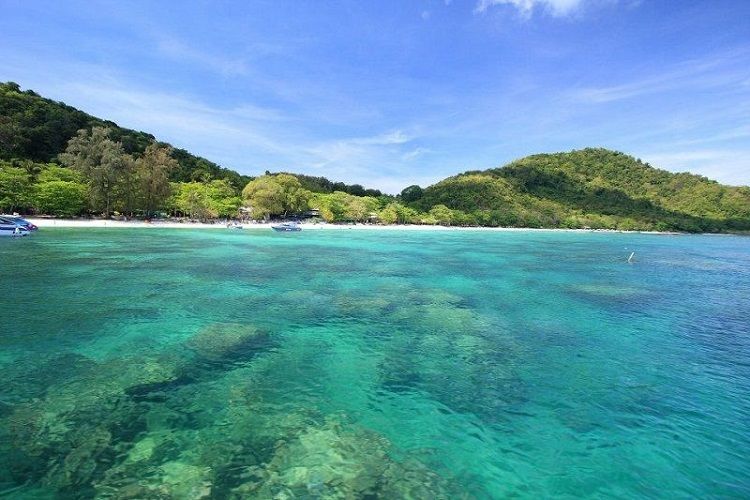 A photographer and blogger by choice and a web director by profession; meet Willy Thuan, the French expat living in Phuket as he speaks to Holiday Home Times in an exclusive interview about his professional career, his blog and most importantly about life in Phuket. But before we go to the interview, we would also like to thank Willy who has been kind to share some of the beautiful images of Thailand he had shot.

Please tell us something about your background – personal and professional.
I was born in France a long time ago, but in my mid twenties I already knew I wasn’t fitting in there and after a short career in photography, advertising and a radio station, I jumped on an opportunity to work for club med as a stage designer. This was for me a chance to see new horizons and travel the world. My position in Club med allowed me plenty of free time to go out and explore each of the countries I worked in. Among the 25 countries I travelled to, the one that marked me most were of course Thailand, but also Bahamas, Tahiti and one of my all times favorites: Japan. Since the past 12 years I work for a large online travel agency as a web director.

Tell us something about your blog. When did you start it? And why?
I started Phuket 101 two-and-half years ago, on December 2009 and for no specific reason. As a passionate amateur photographer I have been crisscrossing Phuket and South Thailand countless times with my camera and accumulated some knowledge as well as thousands of photos. I just wanted to share its (Thailand’s) beauty. There are quite a lot of good websites about Phuket such as phuket.com, but I wanted my blog to be more visual and offer a more personal approach to a broader range of subjects. I was actually surprised by its success… more than many traditional websites, people like to know there is a real normal person behind the stories. I like to keep it positive and bring a ray of light in people’s daily life and we have been posting daily photos on how Facebook and count now more than 22,000 fans. Phuket 101 has no advertising and was never paid for. We always pay our dinners, activities and hotel stays, which allows us to true in our reviews. If we don’t like a place, we don’t write about it. It happened.

When did you decide to settle in Phuket? What went through your mind while taking this decision?
It was in theory just a stop on my way to Japan where I was expecting to work and live. I picked randomly with no specific reason Phuket in 1994 after spending a year and a half in Tahiti. I just pointed my finger somewhere on the map of Asia and see where it would land. I reached near Phuket were I had worked for six months in 1990 and that was good enough for me… I packed my suitcase at the end of my contract, no job, no plan and very little money. I had in mind to be there for 2 years maximum, but I’m still there after 18 and wouldn’t imagine living in any other country. And as Phuket is an international airport we can easily travel overseas.

How would you rate Phuket as a tourist destination? How would you compare it with other tourist destination in Thailand?
Compared to other tourist destinations like Samui and Pattaya the infrastructure has grown in good proportion except for few hard to solve areas. Level of service in Phuket is in general very high and even small hotel staff are pretty well trained to welcome guests. Hotels quality, room sizes and facilities are a lot better than in many countries for an equivalent price. Phuket is a lot more family or romance oriented than Pattaya with some incredible resorts such as Renaissance, Sala Phuket or JW Marriott. Luxury is still very affordable, even if Phuket is more expensive than any other place in Thailand. But that’s the way it is, Thailand has places for every budget and by its unique beauty, background and climate, Phuket naturally evolved to an upmarket destination. You can now find almost anything on the island, you can even casually buy a new Lamborghini.

For a visitor coming to Phuket what are the places he can visit and the activities he can participate here?
White sandy beaches are certainly the most important attractions and the reason most people originally came for, we counted more than 35 of them… very few are private but the large majority are public and some are absolutely beautiful. People often complain how crowded beaches are, but that’s often because of the human nature to pack where other people are, there are many amazing deserted beaches on Phuket and no one will go because it’s too quiet. Contradictory isn’t it? One of the most beautiful place everyone should see at least once is the surreal Phang Nga Bay, and ideally the best way is by kayaking, an activity easy to join. Two very popular landmarks are the giant white Buddha at the very top of a high hill and the famous Wat Chalong nearby, a large and important temple in Phuket. The old historical streets of Phuket Town with some amazing Sino Portuguese mansions are also a great day out especially if weather isn’t good enough for the beach. A bit further at sea are the incredible islands of Similan islands on the west coast and Phi Phi Island on the east.

How is the nightlife of Phuket? Where do you ideally hangout during the weekends?
Phuket has a fun and very active nightlife, nothing to compare with Bangkok or Pattaya. It’s a lot more relaxed and easy going with venues of all kinds so everyone can find somewhere fun to hang, from trendy clubs to the famous go go bars. Bars and go go bars are still the heart of Patong beach but for the large majority there is no rip-off like in Patpong Bangkok. Surprisingly, there are always many female customers in go go bars and often couples: it’s more about party and curiosity. I go to Patong once in a while as I have few good friends there, but I mostly spend my weekends trying and writing about the countless restaurants and new clubs around the island, and there are more than one would think!

What about restaurants? Are there any good restaurants/ pubs you can recommend?
Phuket has changed tremendously in the last decade and there is no lack of choice for dining. To be fair, there are two types of great restaurants on the island: the trendy ones and the very local ones. Among the best local one, Mor Mu Dong restaurant is one of the best and most interesting, built in the mangrove it serves real great local food and some dishes so unusual that even Andrew Zimmern from ‘Bizarre Food’ went there with a TV crew. For trendy, we like Kan Eang @ Pier for their great seafood and Catch Beach Club on Surin beach to hang on comfortable beach sofas by day and as a trendy beach restaurant at night. I list most of our favorite restaurants on my blog, would take too long to list them here.

Do you see a lot of expats settling in Phuket? What is their average age group?
Yes as mentioned earlier, Phuket and Thailand in general combine so many attractive features that more and more people are trying to make a living here… Great climate, amazing sceneries, dream beaches, naturally friendly local people, a permanent party atmosphere and how could we forget the very famous and delicious Thai food! Prices might be higher than anywhere else in Thailand but is still a bargain for most overseas travelers. Age range varies a lot but seems to be mid-age, 40 and above.

Is Phuket more of a retirement destination or you get to see young working expats settling here?
It was a mix of both until a couple of years ago. With the economic crisis in Europe, more and more mid age people want to try their luck here, probably also because of the many success stories of previous expats who moved here long ago. Unfortunately, not many will be able to get a job, demand is high but offer is getting slimmer.

What is the current real estate activity in Phuket? Are there good developments/ developers in the area?
I’m not really specialized in this field but demand is very high, land and property prices increase steadily. Luxury villas and mid range private houses estates are mushrooming all around the island.

What about the law-and-order situation of Phuket?
Except for few bad stories Phuket is still a lot safer than many countries I have been to or lived in. Of course when such beautiful island gets popular, you get the good and some bad, it’s inevitable, but overall I feel safe in Phuket and I go around at night without hesitation. Police controls on the road are not as frequent as they should be and drunk driving is still a serious issue. One rule of thumb is to avoid renting jet skis altogether and always agree on the tuk tuk fare before taking a ride.

Also can you please tell us about the rules of expat property ownership in Thailand?
Simple, non-Thai cannot own a land in Thailand, so the only option is to buy it under your own company name if you have one, or under your wife’s name but that could be risky. Expats losing everything after a bad marriage are not an unusual story. Buying a condo is a good legal option.

Any tips for expats wanting to settle in Thailand in general and Phuket in particular?
Life is rather easy in Phuket but learn the few immigration rules and don’t forget to renew visas and documents on time. Things can be settled if you forget but it’s a good habit to have. Get a job is not impossible you just have to be persistent.