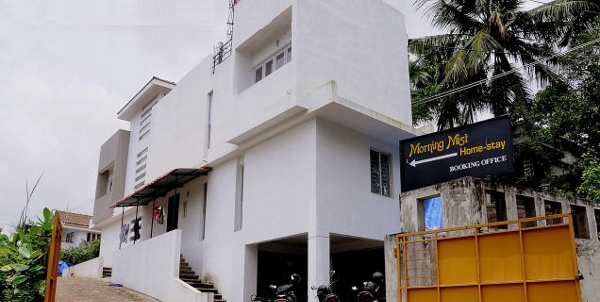 The July 25th incident where a group of students celebrating a birthday party in Mangalore’s Morning Mist Home Stay at Padil were molested by miscreants inside the premises has raised a lot of questions.

However in the eye of the storm is the property’s owner, Dr. Francis Pascal Subil Rebello who has been hassled to great extent both by the incident and also by local authorities. A Mangalore City Corporation (MCC) has pasted a notice at the entrance of the property stating that it is a residential building and does not possess license to carry out commercial activities, while another notice came from the district unit of the Department of Tourism, Government of Karnataka, slamming the owner for not obtaining permission from the department to run the property as a homestay.

The entire situation brings to fore a lot of unanswered questions.

No. 1: The owner has clarified that although the name of the property (Morning Mist Home Stay) had the word home stay, actually it was being used for short-term rental. The owner had told the press that the word ‘Home Stay’ was used by her to convey the meaning of a home away from home for guests and not as a home stay as per the definition of such facility by the Department of Tourism. As such there are no laws that prevent or any question of permission from local authorities to rent it out to short-term renters as was the case.

No. 2: The MMC said that it was a residential building and thus did not possess license to carry out commercial activities. Here several questions arise: (i) Are there any laws that say that residential properties cannot be rented out? (ii) Does renting one’s property requires a license?  The answers are NO. Renting out one’s property – long or short-term – does not require any license and there are no laws that say so.

No. 4: Were the local authorities waiting for this incident to happen? The owner had been running this short-term rental for quite some time now. The property had a board with its name and a website too. If it was illegal, as is being alleged now by authorities, why did the MCC and the tourism department act then instead of waiting for such an ugly incident to happen?

No. 5: Do we have birthday or marriage parties at home? Does it allow some goons or moral police to barge in and assault guests? Yes, if the party was disturbing the neighbors, they could have complained to the local police, who could have stopped the party legally.

No 6: Are local authorities trying to divert the attention of the media from the bigger issue of some goons assaulting people having a private birthday party within the premises of a private property? Are authorities making the owner a scapegoat saying that it was illegal to hold the party instead of bringing the culprits who forcefully entered a private property to justice?

No. 7: The incident also puts a question mark on the law-and-order situation of Mangalore with the police failing to swing into action and stop the attackers. An eyewitness has told The Hindu news daily that a few minutes into the assault a police jeep had arrived close to the house. However, the jeep left without taking any action because there were so many of them and just three policemen.

Is It Worth Taking a Landlord’s Insurance in Australia?