by Roshan D'Silva
in Living Your Dream Series
0

The Dollar is doomed, and is losing its place as a world reserve currency right now.  This will affect those of us with dollar assets, retirement benefits from the US and income paid in dollars.  The big question is:  How Far Will the Meltdown Go? 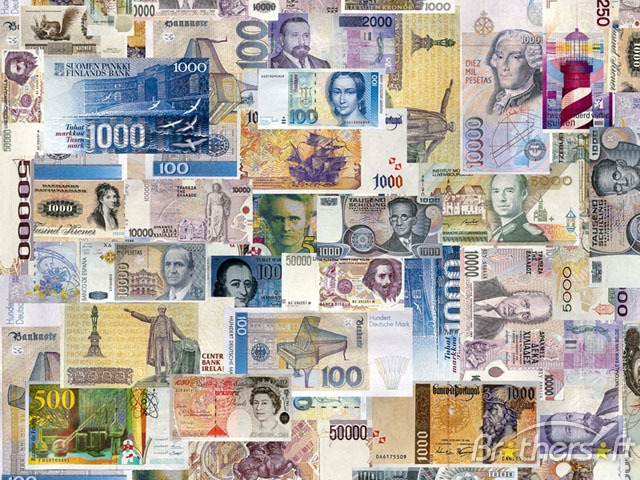 A couple of years ago, we got about 40 Thai Baht to a buck.  Today, it is around 30.  Even in just the last month, it dropped from 31.5 Baht to today’s level.  Every drop corresponds to an increase in living cost for those residing in Thailand that depend on a US dollar.  So the big question is “What will happen in the future, and when will it stop dropping?” Will there be a time in the future when young American English language teachers in Chiang Mai send part of the earnings back home to the folks to help them make it through the month?  Is the Dollar a “Dead Man Walking”?

Most of us that get their news from the internet and pay close attention to the world economic situation know what is happening.  Incredibly low interest rates over the last decade and a weak economy have encouraged US consumers and businesses to consume more, relying on increased debt to finance it.  (I am assuming that most readers of my blog are on the same page with this — but perhaps that assumption is not correct.  Many Americans are in total denial, others are completely ignorant of the massive world economic changes that are beginning to affect the US dollar and the pressures that will greatly increase in the near future.  This article will make more sense to those already aware of the situation).

And default on debt in the US is happening now, showing up first with home mortgages, then commercial mortgages, student loans, business loans (accompanied with business bankruptcies), and consumer debt.  With that comes huge unemployment, and it is just a matter of (a short) time when taxpayers will be defaulting en masse to the IRS, the main source of income for the US government.   The Ponzi schemes operated by the government (social security, Medicare, enormous retirement pensions to Congressmen, etc.) are in jeopardy of collapse.

Unprecedented low interest costs for debt are unsustainable. It will go up, and is only artificially held down now by the insane monetary policies determined by the privately owned Federal Reserve.  What will happen when debt interest rates invariably increase?  The answer is obvious:  the money supply will be increased, lowering the value of the dollar, making the increases in interest rates temporarily affordable to the debtors.  The consequence of that, however, is a corresponding lower dollar value.  Each dollar we get — especially those of us getting a “fixed” amount — will be worth less, and each Thai Baht (assuming Thailand remains more economically stable than America) will cost us more. 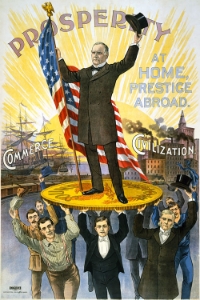 Who is to blame? Well, only one presidential candidate, Ron Paul, advocated building for a strong dollar by massively cutting government spending, auditing (and possibly getting rid of) the private Federal Reserve and backing the dollar up with tangible assets (like gold).  He was totally dismissed by the American media, big corporations, current government employees and ultimately by the majority of American voters.  Now we have only two candidates and both will have the US continue on its same path of dollar destruction.

Don’t think for a minute that this scenario is not being watched by every economist, business and government outside of the US.  They are adapting to the situation, and that means the US dollar is losing its role as the world currency, the international trading currency.  This month, the Chinese yuen hit a record high against the dollar.  It has been estimated that by 2040, the yuen will account for 32% of the world traded currency.  The yuen may become the world currency, or more likely there will be multiple competing currencies that are used in world trading with the dollar becoming a “minor player”.

NEWS – JUST IN 24 October 2012 – 7 of 10 Asian Countries have now pegged their currency to the Chinese Yuan instead of the U.S. dollar now. China Daily News.

Thailand, where trading has been done in US currency for decades, is now moving to multiple currencies for trading, with the yuen being a major part.  The US dollar is backed by nothing but massive and un-payable debt, and no one outside of America wants to be holding the bulk of their wealth in that kind of currency.

China has recently made a bilateral agreements with Russia and Japan to switch trading with US dollars to the yuen.  And trading between Russia, India and Brazil will now be done using their own currencies.  Saudi Arabia has contracted to build the world’s largest oil refinery in China, and to sell its oil to China in yuen. 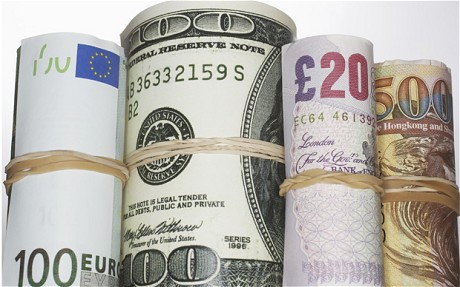 The one element that has kept the dollar up to its current level (even though it is falling) is the weak alternatives available to traders and investors.  The biggest rival to the dollar since 1999 (when it began) is the Euro, but the government of the European Union and its member states are also in a terrible debt condition, even worse than the American one.  Greece has collapsed and Spain, Portugal and Italy are not far behind.  The debt of most European Union countries is collapsing the state economies, and Germany, the one state that has localized fiscal discipline is still totally invested into the destructive economies of their neighbors.  So those international traders and investors holding Euros are escaping that currency for others, and America — while itself in horrible condition — appears slightly safer.  But, if the Euro completely disappears (as many have predicted), that comparison of currencies artificially boosting the dollar will be gone.

But here is the kicker:  the United States already has more government debt per capita than Greece, Portugal, Italy, Ireland or Spain does.

So back to the original question:  how will it affect those of us getting fixed US dollars living in Thailand?  The Thai economy is not perfect for sure, and is based on exports, much of which go to the countries in economic peril (mainly Europe).  Thailand is working hard to diversify exports and to increase domestic demand.  The unemployment rate hovers around 1%, and the government debt to GDP is about 45% (compared to the US ratio of 125% and increasing).  While problems in the rest of the world will affect Thailand with a lowering of exports to those troubled markets, in comparison to much of the world, it is fairly stable.  I expect the Baht to gain strength over other currencies, which is bad news for us getting US money to live on every month.

The answer for an individual would be to also diversify, to get income in different currencies, like the Thai Baht.  The bigger percentage of income and assets from diverse currencies, the better the protection in a meltdown of one currency.  That is the answer.

What is the answer for America and the world?  Actually, that’s pretty easy to find as well because we have a tested and proven formula that we can expand on.  I call it the “Icelandic Option.”

Not very long ago, Iceland had all the troubles of the European Union and the US plus some.  They were totally broke with massive debts that would be paid for on the backs of the Icelandic citizens for a few generations.  They were doomed.  But they had some intrinsic assets — thermal energy, lots of fish and a hard working population, and they decided to do the “unthinkable”: they defaulted on almost all their debt, threw out the foreign banks and said “screw you” to all in the world that they owed money.  And even a lot of Icelanders holding national bonds lost their savings, and the value of many of their financial assets plunged.

A funny thing happened on the way to economic Armageddon: Iceland’s very desperation made conventional behavior impossible, freeing the nation to break the rules. Where everyone else bailed out the bankers and made the public pay the price, Iceland let the banks go bust and actually expanded its social safety net. Where everyone else was fixated on trying to placate international investors, Iceland imposed temporary controls on the movement of capital to give itself room to maneuver.

Iceland told the banks to pound sand. And Iceland’s economy is doing much better than virtually all of the countries which have let the banks push them around. The reaction when Iceland took their decisive action was naturally very negative from the financial industry, in Iceland and elsewhere.  If the Icelandic people had not been so likeable, a few countries might have started a war, invaded them and took over the country.  But the world took on the loss from Iceland and because in comparison to the whole world it was fairly small and survivable for the world financial community.

Now Iceland is moving right along with a decent economy and growing steadily.  The quality of life has improved for Icelanders.

A Culinary journey through Costa Rica