Challenges for Americans thinking about Retirement Outside of the US

by White Spy
in Guest Posts
0 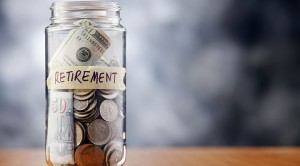 It ain’t like it used to be. Today’s retirees look at the 401K savings they worked so hard on over the years nearly disappear and suffered gigantic equity drops on the home they spent 25+ years paying for each month.  We’re part of the Baby Boomers generation that had so many opportunities in the last part of the last century, only to see it pretty much crumble over the last ten years or so. CNN Money reported that 90% of our generation said they were hit by an unanticipated economic event that took a huge dent into their retirement savings, to the tune of an average of $117,000.  Over 40% were hit with 5 economic events that socked them for an average of $144,000.  Almost all of Boomers are in the same boat.

For me personally, I saw an equity drop in my house by about 45%, wiping out my big retirement nest egg from the house completely.  I know of many others that were similarly hit by the drop in the US housing market since ’06.  I also was hit with my drop in the 401K savings, which sunk by about 80% over the ten years following 2001.   My situation is pretty much what happened to nearly everyone of my age.  It has created a whole new dynamic to our retirement plans.  Is it any wonder that we are pessimistic about the American economy?

Gone are the ideas of having a cabin up in the mountains of Oregon spending retirement days fishing or baking apple pies.  Now, retirees have to think about how they are going to keep income coming in way into their later years and finding a place that is affordable to live, and that has evolved into an exodus of retirees moving outside of the USA.

At the same time, living expenses for a retired person in America has increased substantially and still headed upward.  Medical insurance, thanks to actions by the federal government have been spiking and there is no chance that they will go down.  Co-pays and limitations are putting some serious setbacks on the over-50 crowd.  I think it is fair to say that it is just about impossible for anyone to live in America today on social security retirement money alone.  Retired people in the US have to have some income coming in to supplement their living, either through a part time job or a big savings account or a pension.  God knows we can’t depend on any help from our nearly unemployed, cash-strapped adult kids.

Unfortunately, many have seen pensions dry up or never happen, and social security is all we have.  With costs being what they are in the US, it is hard to see how anyone can make it during retirement living in the US without a lot of extra help on top of social securi

Another survey has found that the average retirement age is now 61.  Two decades ago, it was 57.  More than half the people between 58 and 64 and not yet retired believe they will have to continue working till at least age 65.  And the Wall Street Journal reports the next generation, Generation X, will be in much worse shape than the Baby Boomers.  All this paints a pretty grim picture for retirement in the USA for at least the next couple of decades.

One of the big avenues for escaping this predicament is moving outside of the US for retirement.  A lot more people are taking this alternative now and it is proving to be a way to cut that cost of living substantially.  Social Security retirement checks go a lot further in many places outside of the US without sacrificing quality of life, perhaps with a much higher standard of living.  It has worked for me moving to Thailand, and it is working for many others retired in Asia, Mexico, Latin America and other remote locations.  It is an alternative that should be considered by anyone that is facing these financial challenges to managing retirement.

Moving overseas for retirement has become the newest wave for Americans.  Based on State Department figures, there were 5.3 million Americans living overseas in 2009, and that figure jumped to 6.8 million by 2013.  That is a big increase in 4 years, and the trend is upward.

Fortunately, I was able to buy a nice house in Thailand free and clear.  It is not that difficult when real estate prices run around half or less than comparable properties in the US.  And in Thailand, like a lot of countries, there is no property tax on your home.  I was also able to buy a new car cash and put a bit of savings into a Thai bank.  With the lower cost of living and no house or car payments, my wife and I are able to budget just $500 a month for the two us for expenses.  That is a budget that is easily manageable and would be impossible anywhere in America.  This level of living is not just in Thailand.  I hear from many that find a similar situation in Ecuador, Chile, Mexico and in many Asian countries.    The New York Times recently ran a story of a newly retired Berkeley, California woman that retired to Mexico and opened a small shop for some extra income that reads similar to my experience in Thailand.

Unfortunately, for an American living overseas it is not just a bowl of cherries.  The US government considers its citizens to be assets of the country and the foundation of the tax codes is to squeeze as much as possible from those assets until they expire.  The US requires all citizens to file tax returns with the IRS, no matter where they are living, reporting income earned overseas —- one of only two countries in the world that have “citizenship based taxation” (the other country is Eritrea, in Africa).  (The only exception to filing is if you earned $18,500 per year or less for a joint return or $9700 for a single). So if you earn income in another country, you may be in a situation of paying taxation to both the US and your new country (double taxation).  For some countries, if you have your own business in another country, the IRS may also requires you to pay 15.3 per cent of your income in self-employment taxes (which is for social security).  And you may be required to keep accounting records in the local currency plus records in US dollars.  And no matter where you live, as an American you must report on any financial assets that exceeded in total $10,000 anytime during the year.  Penalties for mistakes are draconian, so you are likely to be spending a lot on accounting services.

An important factor that needs to be considered in overseas retirement that can have a big effect on the cost of living:  if you travel back to the States often, your savings for living overseas can easily be eaten up.  If you are going to retire outside of the country, you have to give up on the idea of traveling back often to visit family.  For my wife and I to travel back to the US together from Thailand with the normal expenses of traveling in addition to the air tickets, we spend more than $3000 each trip.  If we do that a couple of times a year, the savings of living in Thailand is seriously removed. We ask our family to come and visit us in Thailand.

The other major point affecting cost of retirement overseas is medical.  Medicare, VA care and other US government programs won’t work outside of the US.  If you have to use these programs, you have to factor in travel (if it is possible) to get care in the US.  In your retirement location, you are going to need to buy additional medical insurance or count on paying for medical care in cash.  Getting medical insurance in foreign countries is not always easy; in Thailand, there are no new insurance policies for anyone age 60 or older at any price.  Fortunately, the medical care cost is a small fraction of the cash price for care in the US.

If you are contemplating retirement overseas, you have to look at all of the advantages along with the disadvantages to make the right decision.   Then you need to compare it with what retirement would be like if you stayed home.   If the economy has beaten down your financial situation, your stay-at-home option may leave you in a very tough hand-to-mouth existence, but moving overseas is not for everyone.  You have to decide if it is the best option for you.

Top Emerging Countries in Asia you should Consider Relocating to